The monstrousness of the saw, tango-dancing staples, or the power of worn-out boxing gloves – Rusty Nails is a live animation performance with items whose value lies in being seemingly worthless: random objects, junk and old tools come to life and are arranged into dreamscapes with strange creatures and animals. Combining object theatre, visual art and live music, Rusty Nails is a visual poem reflecting on transience and preservation, presented in short episodes and cartoon-like sequences that fire the imagination. 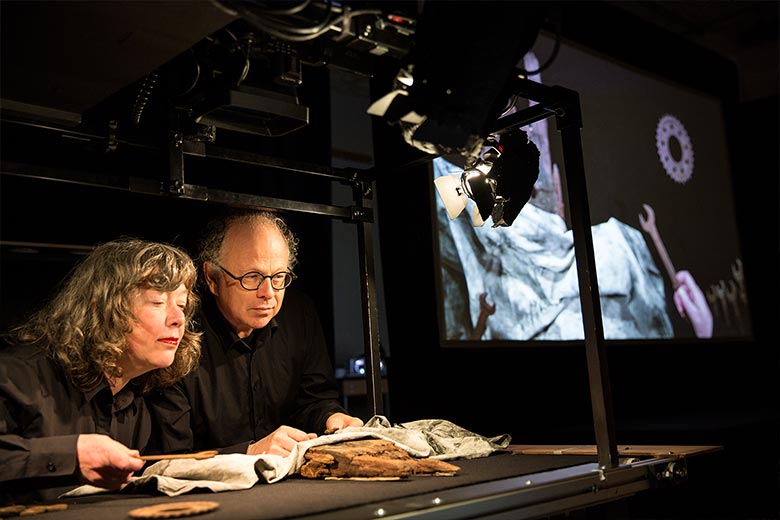 TAMTAM objektentheater, founded by Gérard Schiphorst and Marije van der Sande, will celebrate its 40th anniversary next year. With its productions, the group has inspired audiences in more than 30 countries and is one of the most important driving forces behind innovative object theatre. The artists are inspired by the mystery of old, seemingly useless objects. In their works, which are infused with subtle black humour, these everyday things become performers in an astonishing way. Poetic stories emerge from the animation and interaction of the objects, turning the everyday into a bizarre visual world with their idiosyncratic imagery.